Houses for Sale in Hammersmith

There are many different types of houses for sale in Hammersmith ranging from the multi million pound Georgian and early Victorian properties lining the banks of the Thames and most have superb river views. The styles vary enormously but generally they are large family houses.

Just one street back from the river are very pretty early Victorian terraced cottages with 2 beds and although they do not have river views they enjoy the delightful river walks close by. Similarly located are a number of late Victorian 3 storey Victorian houses offering good sized family accommodation.

Other locations in Hammersmith are equally popular with buyers a good example is the attractive garden square – St Peters Square, the majority of the properties are stucco fronted late Georgian houses, just around the corner are more modest 2 storey cottages built in the early Victorian era with very attractive brick elevations. Crossing King Street you come to another popular area where the houses backing onto Ravenscourt Park are always in high demand.

North east from Ravenscourt Park you come to an area known as Brackenbury Village which comprises mainly of 2 storey Victorian cottages of varying styles and sizes, in this area is also Wingate Road which has extremely picturesque stucco fronted 3 storey houses which famously all received a repaint to feature in a TV advertisement for well known brand of paint.

Along the eastern boundary of this area is Hammersmith Grove which features large 4 storey Victorian houses many with exceptionally large gardens for London.

North of the commercial area of Hammersmith runs the Shepherd’s Bush Road and the well known Brook Green is located to west of Shepherds Bush Road. Brook Green is a large area of green space with tennis courts and bordered by London plane trees. Only a few minutes’ walk from Hammersmith underground stations the houses facing the green and on the surrounding streets are popular with the City workers for ease of commuting. The properties are mainly 3 storey Victorian houses ideal for family use, however there are one or two streets of smaller 2 stories Victorian terraced houses. To the north of Brook Green are various streets all mainly Victorian properties many that have been converted into flats with one or two notable exceptions including several streets of 2 storey Victorian cottages which always prove popular with buyers as an alternative to buying a flat.

Over the years Hammersmith has proved a good investment with steadily rising prices and back in the 60’s many of the properties were in poor condition but over the years the majority have been updated. As mentioned early part of the popularity of the area is due to the excellent transport links with 3 underground stations and the easy access to Heathrow Airport by road and underground is particularly attractive to many potential buyers.

Demand has remained high for houses for sale in Hammersmith despite the current recession and when the general economic situation improves demand will become even stronger. 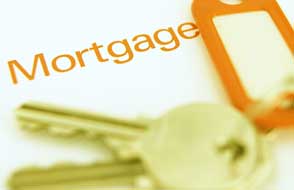 Search for an adviser near you. Enter your town here and press search.

Your home may be repossessed if you do not keep up repayments on your mortgage.
There may be a fee charged for mortgage advice, this amount will depend on your circumstances but we estimate it will be £295.